The Nissan Skyline GT-R is one of Nissan’s masterpieces. Given its superior power, handling, and design, we’re hardly surprised that it has gained a cult following all around the world. As one of the best drifting cars of all time, the Skyline GT-R has brought home many accolades.

Unfortunately, the American market can’t enjoy the Skyline GT-R in its entirety. The car has no certification for sale in the US for the following reasons:

All that being said, it’s not entirely impossible to import a Skyline GT-R to the US.

Which Skyline GT-R Versions Can You Import to the US?

It’s legal to import any gray-market car to the US as long as it’s over 25 years old because they’re seen as collectors’ items that likely won’t hit the roads as much as normal cars would. That means you’re free to import 1969-1973 and 1989-1992 Skyline GT-R models to the US.

What if you’re not interested in a collectible car, though? What if you wanted a Skyline GT-R just to drive around? You can jump through a bunch of hoops to get a newer one of your very own and keep it on US soil. All imported vehicles less than 25 years old must meet the standards set by the NHTSA, DOT, and EPA, as well as come with a Show or Display exemption and/or a statement from Nissan vouching for the Skyline GT-R’s ability to drive on US roads legally (which may be difficult to get because Nissan would never risk a lawsuit).

If you’re up for the challenge of importing a post-1992 Skyline GT-R to the US, you’d have better luck importing a 1996-1998 R33 than all others because a registered importer called Motorex already laid the groundwork for that generation. They figured out all of the requirements for the R33 and performed crash testing to prove that the car met the safety standards set by the US federal government. Before Motorex could finalize everything for the R33, they got caught participating in some illegal side deals and they were forced to shut down. However, the NHTSA upheld its importation certification for the R33. 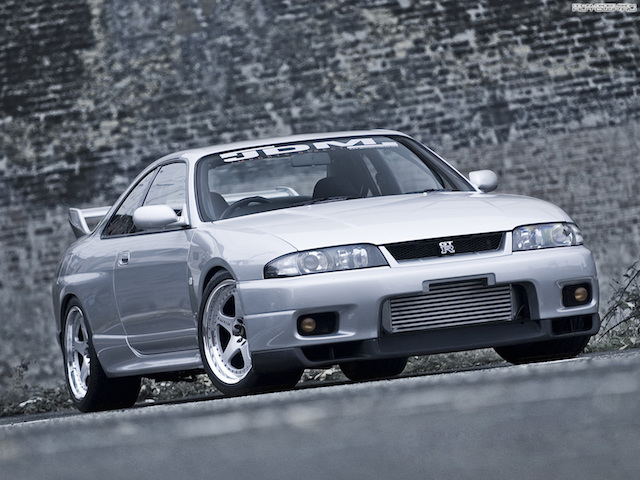 You can find an importer to bring a legal Skyline R33 to the US and do all the compliance work for you, but be prepared to pay a lot of money for that to happen because it’s a difficult feat to achieve. For example, all imported cars built in 1995 must be equipped with an OBD-II system, which is difficult to retrofit. It’s much easier to import a Skyline GT-R that’s over 25 years old.

You’d also have an easier time importing a Skyline GT-R that’s either completely inoperable or a non-street-legal race car. These types of cars aren’t under the same NHTSA rules, but you still have to go through quite a bit of paperwork to get such a car into the country legally.

If you’re not in the mood to jump through a bunch of hoops or you don’t have the means to import a legal Skyline into the US, you can always buy an Infiniti G series car. Nissan built the Infiniti G series to resemble the Skyline GT-R, but they’re not exactly the same in terms of performance and handling, thanks to US laws.

If you could import a Skyline GT-R to the US, which one would you pick? Let us know on Facebook!